Delivered DEC’s mini-computer PDP5 to the University of Tokyo

Listed on the Second Section of Tokyo Stock Exchange 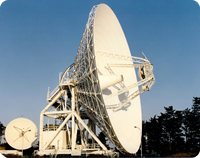 Shenzhen Office of Rikei Corporation (H.K.) opened, which is our base office in the Chinese market

Delivered a membership management system for smartphones to a major distributor

Designed and delivered a disaster prevention information management system to City of Urasoe, in Okinawa

Started to develop and provide a hands-on VR dvill solution

Entered into the business alliance with Ascentek K.K. for the purpose of building foundation for promoting remote work

Underwrote a third-party allotment of shares of VFR Inc.